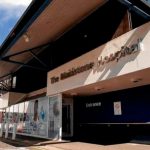 Hero Hayley honoured at hospital for her efforts

An inspirational mum with terminal cancer is being honoured by Maidstone Hospital after raising £10,000 for the ward where she... View Article 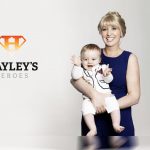 YOUNG MUM TELLS OF WEDDING PLANS AS CANCER RETURNS A young mum with terminal cancer says her miracle baby is giving her strength to carry on as normal . Hayley Martin does not want to know how much time she has left after the devastating news that her bowel cancer has returned. Instead, the inspirational 29-yearold is determined to live a normal life and has turned her attention to planning her wedding in September . Hayley, a L’Oreal technician from Loose Road, said: “When you hear that diagnosis you feel for your family. I worried about my mum, dad and sister and how they would deal with it . “And, of course, I thought of not being able to see my one-year-old boy grow up. “But after a few days I just wanted to fight it. “I don’t live with a terminal diagnosis and I haven’t asked how much time I have got . I just try to live a normal life. “I always do my make-up even when I’m having my chemo, and when I’m not in the ward I have different wigs that I wear . It just makes you feel better. “I still work, I go out with my friends and on holidays and to the gym like everybody else.” Hayley was first diagnosed with bowel cancer two years ago in 2011, aged just 27. She was told it was likely she had been living with it for up to 10 years, but she put her tiredness down to being busy at work. It was not until she was taken to hospital with stomach pains that she found out what it was. After surgery and six months of chemotherapy, she was told there was no sign of the cancer. But despite getting the all-clear she was told in September it had returned and was inoperable. The news came just four months after she gave birth to her son Freddie. Since then she has been having chemotherapy to keep it under control. She said: “When you have chemo you always have the fear that you can’t have children, but I was lucky that at that time I was clear of cancer, or that I thought I was. “I wasn’t aware I was ill at the time. “I was over the moon when I found out I was pregnant, I didn’t know I had cancer at the time. He is my little miracle. “I know my little boy is going to be well looked after in the future. I have already put his name down for the school I want him to go to and, of course, I have life insurance.” 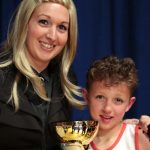 A charity boxing competition was a knockout success, after raising nearly £8,000 for a chemotherapy ward at Maidstone Hospital. The fight night was held in aid of 30-year-old Maidstone mum Hayley Martin, who is being treated for terminal cancer there . Nearly 1,000 spectators at Maidstone Leisure Centre watched the bout, which included 28 amateur fighters going head to head. It was organised by Lee Owen, who runs Westree ABC in Park Wood and Olympia Boxing in Kings Hill, along with Westree coaches Bradley Uquhart and Eddie Henderson . They teamed up with John Counsell who is now helping friend Hayley add to the £10,000 already raised. He said: “We awarded the fighter of the night award to Hayley because she is the most amazing fighter we have.” 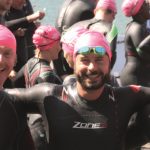 HOLDING OUT FOR A HERO

Hayley Martin was diagnosed with bowel cancer in 2011 . She was given the option of having treatment but it meant that she might not be able to have children. She had six months of chemotherapy treatment and was given the all clear, after which she fell pregnant and gave birth to a little boy, Freddie . Unfortunately, the cancer returned and Hayley was told that this time it was terminal. Hayley wrote down a bucket list of things she wanted to do and on that list was to ﬂ y Freddie on holiday to Barbados .